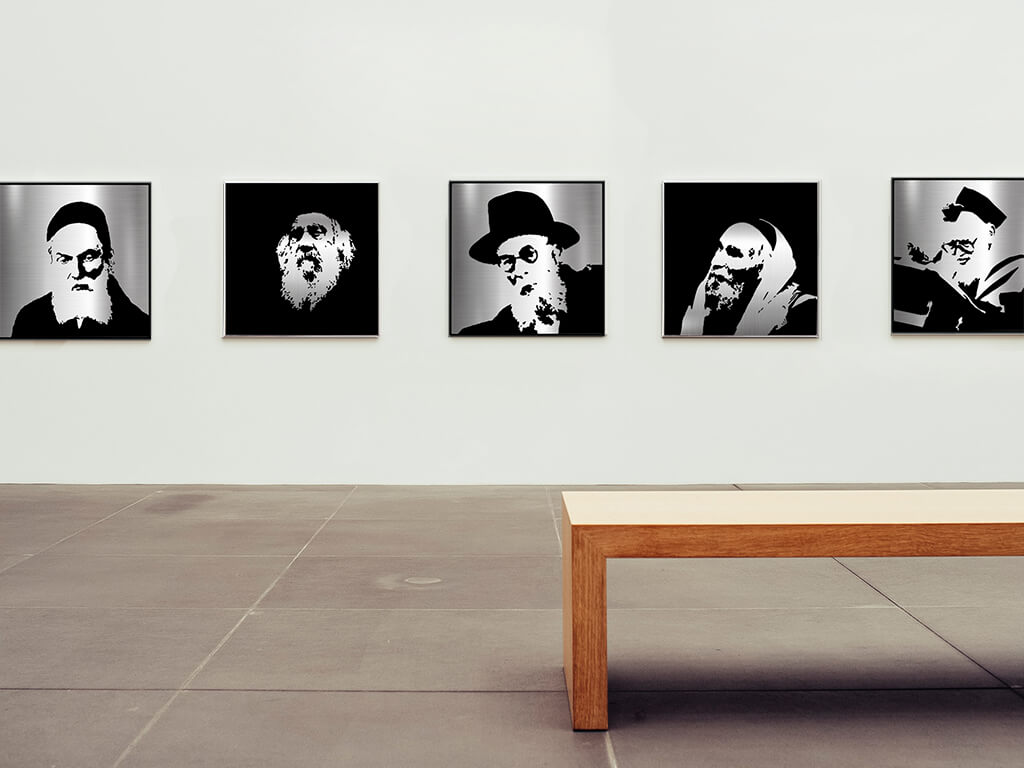 The Bnei Brak of today is a bustling bastion of Torah, Chassidus, and Yiddishkeit. However, this city is in fact quite young – less than one hundred years ago it was little more than a barren wasteland. The development of Bnei Brak is due to many people, some responsible for its material growth and others for its spiritual establishment. Several people, including the following personalities, stand out as the moulders of the spiritual character of this city above the rest.

Perhaps the greatest name associated with Bnei Brak is that of the Chazon Ish, HaRav Avraham Yeshayahu Karelitz. This fascinating personality moved to Bnei Brak in 1933, after living more than 50 years in his native “Lita”.

This brilliant Torah scholar never held any official Rabbinic position (he and his wife subsisted off the money they brought in from the small shop they owned) and for most of his life was relatively unknown in the Torah community (he even published his classic sefarim “Chazon Ish” anonymously). Nonetheless, by the end of his life, he had been thrust into the primary leadership position of what is now known as the “Chareidi” community, and shaped its character perhaps more than anyone else.

His hashkafa emphasized absolute commitment to halacha above all other values.

In the political realm, he guided the “Chareidi” community away from an attitude of unqualified opposition to the entire Zionist enterprise. Instead, he emphasized an attitude of reconciliation with its reality in order to pragmatically work within the framework of the State of Israel to further the aims of Yiddishkeit.

On a personal level the Chazon Ish had a very poetic, generous, and refined nature which is reflected in his letters published in Kovetz Igros Chazon Ish, as well as in his philosophical work Emunah Ubitachon.

His works on halacha are universally recognized for their unrivaled mastery over the material being discussed.

He lived in Bnei Brak until his petirah in 1953.

Many of the other personalities who shaped Bnei Brak were in some sense continuators of the Chazon Ish’s legacy.

Rav Yaakov Yisrael Kanievsky, known as the Steipler (because he came from a town called Hornsteipel), was one such personality. He was the Chazon Ish’s brother-in-law and disciple.

The Steipler was from a Chassidish family and was orphaned at a young age. He went to learn in the Novardok Yeshiva, which was generally considered the most extreme stream of the Mussar Movement started by Rav Yisrael Salanter. The Novardokers emphasized the struggle to free oneself from his own delusional ego by way of intense Mussar. This Novardoker influence was to remain with the Steipler his entire life.

His masterpiece, a series on Gemara called Kehillos Yaakov is characteristic of his humility – his goal was not to show off his creative genius, but rather to create a work of depth on Gemara clear enough so that even a beginner could appreciate and enjoy. He wrote a sefer named Chayey Olam on mussar to help Jews struggling with their faith in the modern era.

The Steipler possessed keen psychological insight, and many of his letters to an Orthodox psychologist regarding cases of religious Jews suffering from mental illness are printed in a collection of his letters, alongside letters regarding politics, advice, and many other topics.

His son yblch”t Rav Chaim Kanievsky is one of the gedolim of our generation.

Rav Shach was born in “Lita” and learned and taught in numerous Yeshivas in Europe before moving to Israel at the beginning of the Second World War.

For many years, Rav Shach devoted himself to his teaching duties, towards the molding of his students. He was an energetic and dedicated Torah scholar, and inspired his students through his enthusiasm for learning.

Rav Shach was admired by many leading Torah scholars for his brilliant analytical mind.

In his old age, Rav Shach left the cloistered halls of the Yeshiva to take the leadership of the yeshiva community, and he proved himself to be an astute leader. He fiercely believed in his ideals, and was a fearlessly outspoken critic of those who attempted to undermine them.

Our generation merited to benefit from the leadership of yet another Bnei Brak figure, Rav Aharon Yehuda Leib Shteinman.

Rav Shteinman grew up in Brisk, and after studying in yeshivas in “Lita”, was forced to move to Switzerland in order to escape the Polish draft. He spent the WWII years in Switzerland, and following the war he made his way to Israel.

Rav Shteinman taught for many years in yeshivas, and eventually became recognized as the leader of the yeshiva community.

He lived a very ascetic life in a simple apartment on Rechov Chazon Ish in Bnei Brak.

His expansive, humble heart carried the sorrows of any Jew who came to seek solace and advice from him.

People around the world study his sefarim Ayeles Hashachar.

Rav Shteinman passed away in 2017.

Ephraim Ungar, a Los Angeles native, learned in the Talmudical Yeshiva of Philadelphia, Yeshivas Yagdil Torah, and currently studies in Mir Jerusalem. He is a prolific writer on topics of Torah and philosophy. He lives with his wife in Ramat Eshkol, Jerusalem. He can be contacted at ephraimungar6@gmail.com.

Focus on values at work

The legacy of Rav Kook and Rav Sonnenfeld

Hear about specials and new artworks!